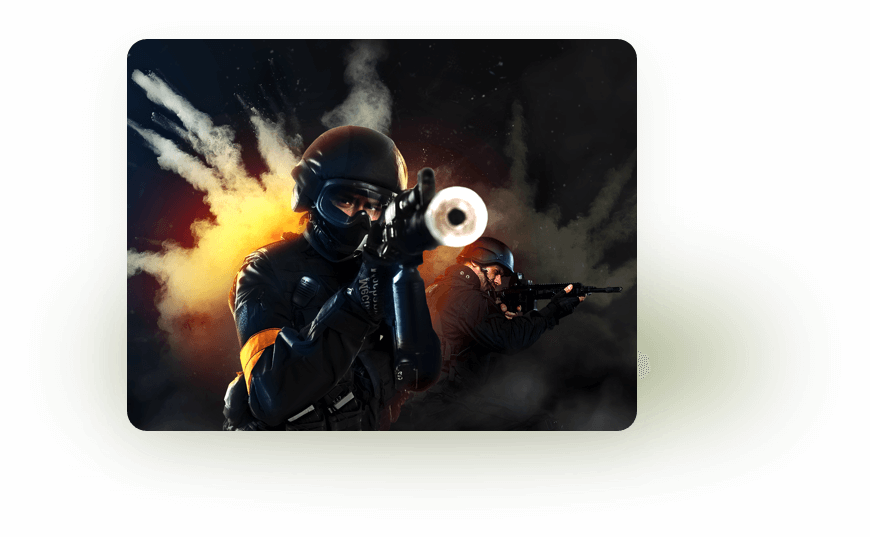 Gamers Point is a platform for gamers. The mechanics is very simple for the user: you win — you take money, you lose — you lose money.

MVP includes the integration with CS:GO.
After this stage, it is planned to support a series of the most popular games available through Steam

The models of the Gamers Point integration with different games will vary depending on the mechanics of the particular game.

What are the advantages of the Gamers Point platform for fans of the CS:GO by Valve?

Unlike gamers on other gaming servers, Gamers Point users receive a reward for each frag. The model is as simple as it can be:

In addition to this transparent model, there is additional motivation for playing on Gamers Point servers. The company encourages users to be successful during individual gaming periods (gaming night, day, week, month), rewarding them with special prizes for the largest number of frags, the best K/D (kill/death rate), etc.

Statistics for each game session

How we started. The check. MVP

We started our work on the project by checking the technical capability of obtaining data from the CS:GO game servers. At this stage, our developers had to deal with the peculiarities of launching and configuring CS:GO servers, as well as learn how to code using the framework built in CS:GO and the SourcePawn syntax.

The next important stage was the establishment of the interaction of the project co-founders Peleg Aker and Yuri Leonov with a manager from Kultprosvet Anton Kalmykov and the future CTO of the project Stas Volniansky.
Peleg Aker, co-founder and product manager of the project, pleasantly surprised us by his attitude to the process of setting tasks. His meticulousness (in a good sense of the word) and desire to comprehensively participate in the development process made it possible to significantly reduce the number of errors and, therefore, to obtain the result earlier and at lower costs.

Stas Volniansky, in turn, had to make several important decisions regarding the project architecture. A particularly important and difficult issue at that moment was the CS:GO servers operation. Stas at that time already had a rich experience in developing various products and solutions for big business, but configuring gaming servers was something new for him: it demanded the knowledge of engineering matters and understanding of the desires of demanding gamers.

As a result, the simplified architecture of the project looks like this:

Our team has been using AWS services for a long time, but we have never launched game servers on Amazon before. The partnership between Gamers Point and Amazon Israel provided this unique opportunity for us, thanks to which the project received a bonus of $40 thousand.

Another challenge for the development team, which at that time consisted of the project manager, the main developer, sometimes the assisting front-end developer and the tester, was to create the Gamers Point plugin for CS:GO on the basis of the Overwolf framework.

The main task of the project was the integration of several products: CS:GO servers, Laravel and Overwolf applications, and AWS services. When working on it, we were able to give users a feeling of using an integral product

Within the MVP, our team has completed the following tasks:

To begin with, we had to create a mini version of the product to show to users, to conduct a tournament in a beta testing mode, to collect feedback, and provide information to investors.

That’s what we did. On October 12, 2017, several dozen users who were well-practiced and experienced participants in CS:GO tournaments took part in the beta testing of the platform during one demo day.

By the time of writing the posting, the Gamers Point team had conducted several alpha tests within tournaments with the participation of experienced users (mainly from Ukraine) and proceeded to close the pre-seed round.